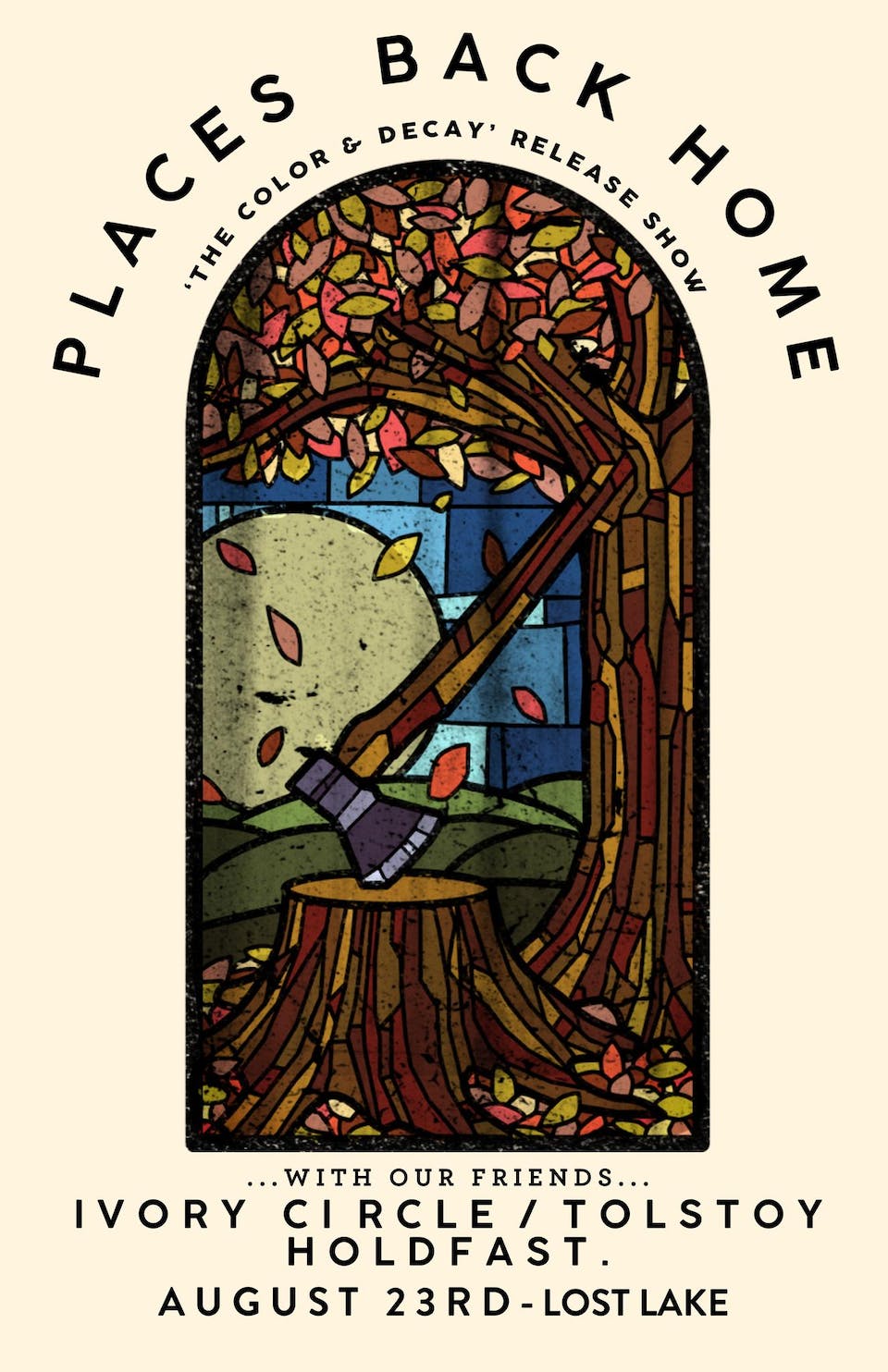 Places Back Home is a band forged in Fort Collins, CO by friends who needed a release from the rigor of studying at Colorado State University. Focused on making music that captures the raw and honest experience of being human in a world full of questions, PBH blurs the lines of genres with an emotional mixture of indie rock, folk, and post rock that has been coined as “post folk”.

Beyond putting on energetic live shows, Places Back Home feels a deep responsibility to love the world around them, and strives to make a difference in their community.

Ivory Circle is an alternative band from Denver, Colorado, started by singer-songwriter Connie Hong and producer/bassist Chris Beeble. They are joined by Rob Spradling on drums/ percussion.

A former middle school choir teacher in a suburb of Aurora, Colorado, Hong used to write songs during her lunch breaks and play them for her students. She would eventually realize her passion was in creating and performing and left the public teaching field behind. Beeble, a longtime friend, joined the project after several song-writing and recording sessions and a mutually found musical vision.

With formal musical training in multiple genres under both of their belts, Hong and Beeble released the acoustic EP, “Entropy” in 2013 to positive reviews, leading to a featured song on a promotional spot for Showtime Network's The Affair, a featured song on VH1’s Couples Therapy, a spot in The Denver Post’s Underground Music Showcase, as well as opening slots for acclaimed national acts such as Copeland, San Fermin, Son Lux, and Caroline Smith. In late 2014, Ivory Circle made KTCL's Hometown For the Holidays top 11 for their song "Faces and Colors." More recently, Ivory Circle made KTCL’s Top 10 in 2017 for “Never Let Me Go.”

Hong’s ability to translate personal experiences (like heartache, death, or exploration of faith) into relatable musical stories is accomplished with the help of Beeble in their full band arrangements. Spradling brings a unique technological element to Ivory Circle as a videographer and additional in-studio producer, and has designed and developed the light show programs for Ivory Circle’s live performances.

Ivory Circle creates a sound as unique as it is precise, electrifying and passionate, complete with lush strings, harmonic layers, and pulsing drumbeats, interwoven between the piano and vocal lines that give them their trademark sound.

The combination of their intricate compositions juxtaposed with Hong’s vocal prowess make them comparable to notable musicians such as Florence+the Machine, Ellie Goulding, and Kimbra. The first two EPs in their Triangle series, “Equilateral” and “Isosceles” are available on iTunes and Bandcamp. The third and final installement, “Scalene,” is due in 2018.

Music is the shorthand of emotion." - Leo Tolstoy

1. something used to hold or secure a thing in place; a catch, hook, clamp, etc.

On February 25th, 2017, we released our debut EP under our band name. We wanted to share a little about what our band name means. We're about heartfelt songs, examining everything in life carefully. Our name kind of came from that. The idea that we need to hold fast to that which is good, & that life is not always easy. I write songs about love, friendship, depression, family, the past, & the future. Pretty much anything that comes to mind. What's funny is I'm pretty sure the real story of how we got our band name has to do with Dictionary.com. "Holdfast" was the "Word of the Day." I had kept a list of band name ideas in my iPhone notes, & most of them came from those "Words of the Day." I admired the thought of "Holdfast" being one word, but it's meaning being in a verbal sense. Holding fast to each other is what we- as brothers - have done, & it’s what we all will continue to do through this life.

All sales are final. Review your order carefully, there are no refunds for any reason. Tickets are non-transferable. No tickets are mailed to you, your name will be on the will call list night of show. Night of show (1) bring a valid government issued ID and (2) print your confirmation e-mail and bring with you night of show.

We are now open at full capacity with no distancing requirements!

If you are vaccinated, we do not require masks indoors or outdoors.  If you are not vaccinated we request you wear masks when indoors. If you feel more comfortable being masked, that is ok too.

Don’t have time to see a show? Stop by for a drink, no cover!

We have live music, cold beer, and great cocktails! You can still order Machete tacos here too.

We hope to be open more soon, so check back or join our weekly email list (below)